Cronulla has some of the most pleasant beaches around Sydney; I love how the city is filled with sun, surf, and many awesome restaurants. An absolute beauty at night. We love Cronulla and love offering our plumbing services to the Cronulla community. We look to serve the best of plumbing services so we can be here for as long as our customers are here.

·         We are very punctual with our services as we make sure we get to your doorpost before the agreed time. In fact, there is a $100 reward for you if we come late. Yes, we take our punctuality that seriously.

·         The prices for our services are fixed and were designed to be very affordable for our customers. Our prices don’t change suddenly.

·         We have many satisfied customers who have given reviews about our work and have made Prolific plumbing their favorite plumbing service provider.

·         Our plumbers are highly skilled and experienced in the plumbing business. They offer their services in the most professional way possible.

·         Our plumbers are fully licensed, and our plumbing services are insured, so be sure to get the best of services all year round. 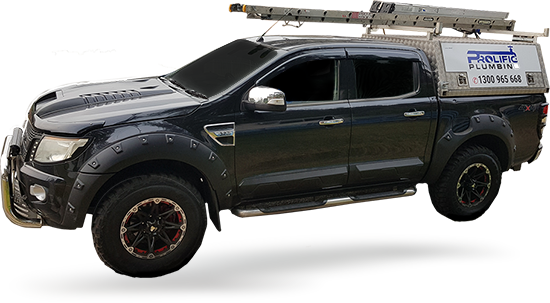 Prolific plumbing Cronulla is here to fix all your leaking tap issues. Leaking taps can be very annoying as they will increase your water bill by just soiling water away. You are not putting more bills on your water bill, but you will be disturbed by the tickling sound and the need to clean the surfaces affected.

Leaking taps can cause a lot of disturbance and also damage some appliances, especially metallic surfaces, by causing rust. If left for a long time. Instead of risking this eventuality, why not call Prolific plumbing today? We help fix leaking shower taps, leaking kitchen taps, leaking toilet taps, mixer leaking taps, and leaking bathroom taps, etc.

We provide the best solution to fixing your leaking tap. We also replace shower taps, kitchen taps, toilet taps, mixer taps, and bathroom taps. No matter the brand type, we can fix it for you. Call Prolific plumbing today.

Gas is used for a lot of plumbing applications in the house. It is an energy source used in cooking in the kitchen and can also be used for the hot water system. The issue of gas fitting comes in when you want to use the gas system for any function in the house or when trying to maintain or repair the existing system or find a leak in the gas.

One thing is certain; not all plumbers are licensed or experienced enough to fix this. Instead of trying different handyman’s, it’s better to just contact one service with all the plumbers with the experience you need help to solve your gas fitting issues.

Now you should know we are licensed to offer our gas fitting services anytime, anywhere in Cronulla.

Whatever plumbing work you need for your commercial or residential building, be it maintenance or repair or installation. You can count on Prolific plumbing; our general plumbing services include bathroom repairs, toilet leaks, and blockages dripping taps and fixtures, hot water systems, general water leaks, etc.

Prolific Cronulla plumbing team offers their plumbers, who are professionals offering the best of drain blockage fixing services. You can rely on prolific plumbing services Cronulla to help solve your blocked drains issues.

Blocked drains happen when there is substance clogged together in your drains or when leaving your pipes unmaintained or when your pipeline is too old; most times, the best solution is by using pipe recliners.

Blocked drains caused by lodging of solid or liquid substances like tree roots, broken pipe, sanitary napkins, built-up cooking fats, and many other things are the most common types encountered. They can be easily resolved by prolific plumbing.

A blocked drain will cause a lot of damages to your house. It can create an unhygienic environment, can damage the foundation of your property; it can also cause flooding when it goes unchecked for a long time.

When you have a blocked drain, and you’re in Cronulla. Call Prolific plumbing.

We install all kinds of hot water systems. All the different brands you want can be installed by Prolific plumbing services Cronulla. We also make brand recommendations and help install them the way you want. So anytime you have trouble with which brand to buy, call prolific plumbing today to get an idea of some of the best brands available.

We offer a lot of different services which include:

Any plumbing issues can be solved by Prolific plumbing. Contact us today, and let’s solve your plumbing issues. You can call us on our hotlines or send us a mail. Stay safe

Prolific Plumbing is led by Matthew McQueen – a fully qualified plumber for over 15 years. Fully licenced and insured, Prolific Plumbing provides exceptional customer service for a wide array of properties including commercial and residential.

Thank you for submitting the request! We will contact you shortly